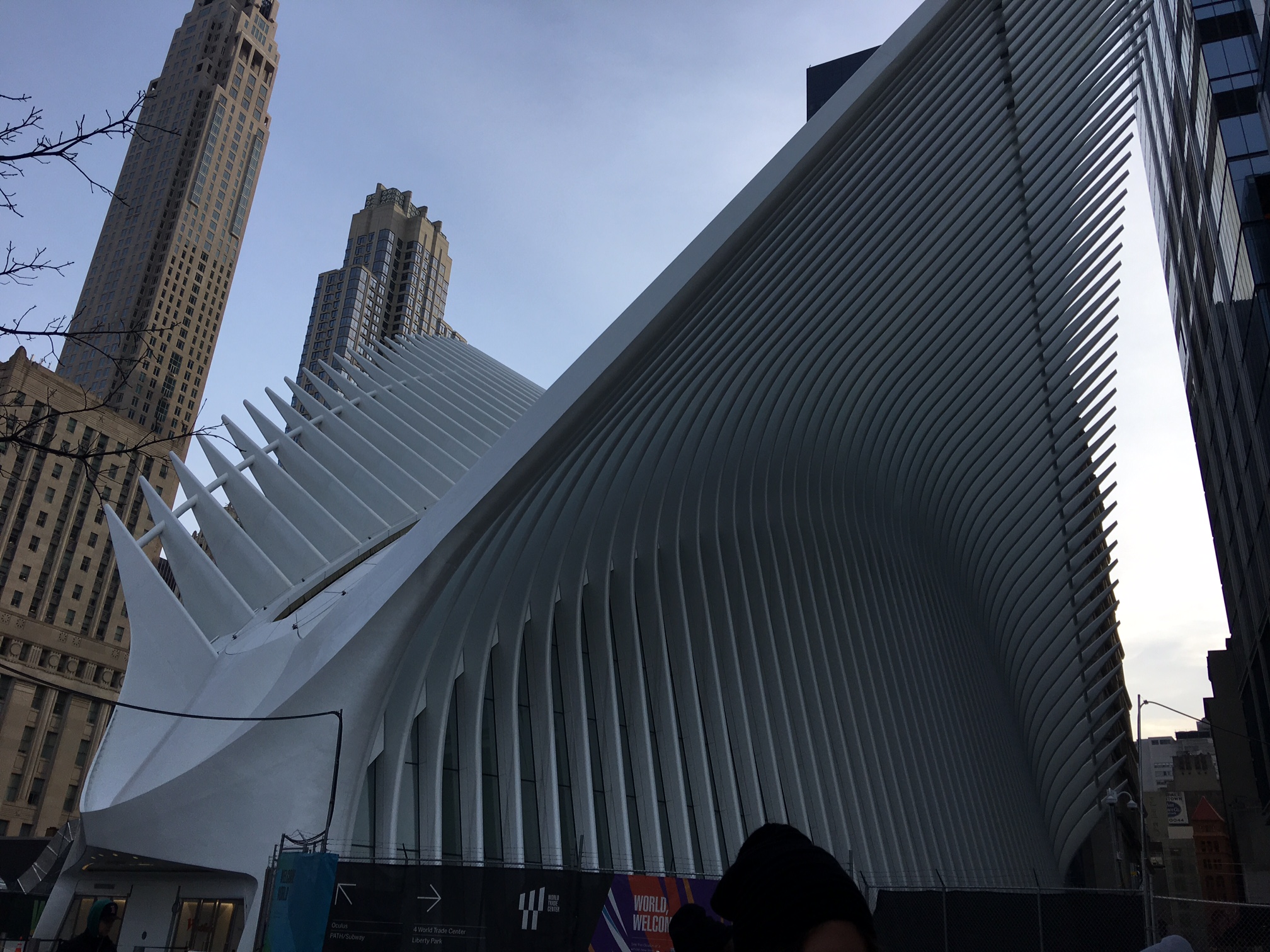 I choose to be optimistic this year.  Will you?

The building in this photo has been called a symbol of hope. Why is that?

It is called the Oculus – or World Trade Center Transportation Hub which opened earlier this year. It sits next to the 9-11 Memorial and Museum in New York City. Spanish architect Santiago Calatrava, designer of the station, said the Oculus resembles a bird being released from a child’s hand. Others have said it reminds them of a dove taking flight.

I visited the Oculus last Sunday, December 11, 2016. It had been 15 years and 3 months. That’s 183 months or 5,565 days since September 11, 2001. Most Americans remember every vivid detail of that fateful day. I am one of them. I was flying for United Airlines at the time. It was a profoundly significant day for me, the company for which I worked, and the world.
I have heard over and over in the last 30 days how 2016 was a horrible year. People want to move on to 2017.

I wonder if it would help put 2016 in perspective by looking back at 2001. It helps me when I am feeling overwhelmed or frustrated to look outside of myself. To consider others who have circumstances worse than mine.

What I remember in the days and months following the 9-11 attacks was the surge of patriotism, faith in God and the expressions of “love your neighbor” by Americans. I wonder if we could go back to those days in our minds and jump-start our 2017 with a much-needed change of perspective. I truly believe that a change of attitude will help change the way we experience our day to day lives.

The concierge at my hotel in New York last weekend was named Richie. The hotel sits across the street from “Ground Zero”. Richie is a life-long New Yorker. He lives in Queens. The attacks on 9-11 deeply affected Richie.

When I asked Richie how to get to the museum, he suggested that I avoid walking alongside the construction zone. Instead, to take the path through the mall across the street (it would also be warmer than walking outside in 30-degree weather with a damp, biting wind). I would end up in the new Oculus building, where I could go upstairs and exit to the museum. This way would give me a different view/perspective.

He said the Oculus was “optimistic”. He repeated it several times. Optimistic. The new architecture was optimistic for our future.

The view when I walked into the main hall of the Oculus was just that. It gave me a sense of positivity, hope and life. Of people moving forward despite their wounds, their sadness. It was a symbol of goodness. Rather than being a sad or negative place, the light coming through the beams represented life to me. Richie was right.

Why not be optimistic?

It’s a choice… and the alternative isn’t great. Being pessimistic. The bird NOT being released from the child’s hand… not releasing our lives to someone or something else. Not “letting go and letting God”.

I loved Richie’s choice of that one word. The new building will greet anyone who comes with a heavy heart to pay tribute to those who died on 9-11 with optimism.

Let’s be optimistic going forward into the new year. Like Richie. He takes the metro every day to the World Trade Center stop. I can’t imagine how tough that must be for him. He answers questions every day about the 9-11 Memorial and Museum at his concierge desk. Yet he chooses to walk a different path, not the path by the construction zone or the devastation, but the optimistic path. I hope we all can follow his lead. Because in the end, “You always find what you are looking for.”